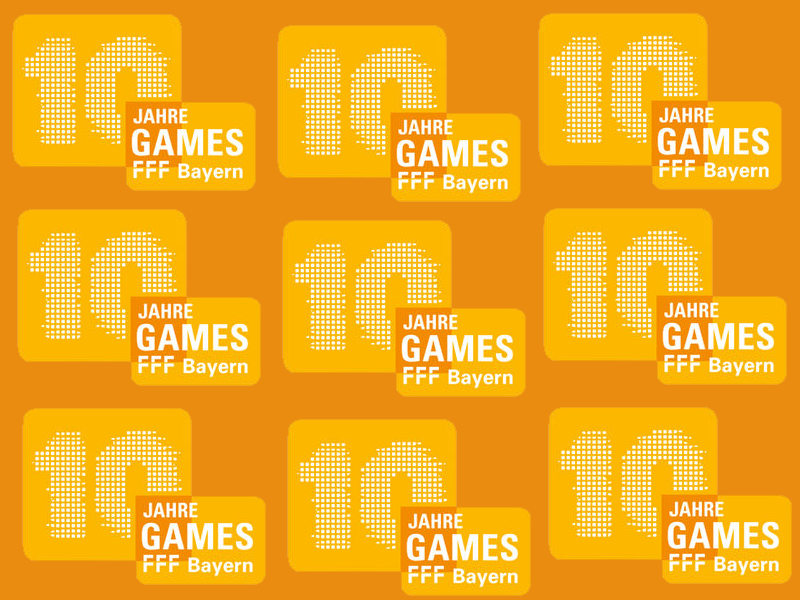 We wish the video game funding at FFF Bayern all the best for its 10th birthday! Congratulations!

Today, the FFF Bayern celebrates the tenth anniversary of the funding of digital games, which started in 2009. Since then, it has become firmly established and has turned into an important financing factor for various games.

At the celebration, representatives of the FFF Bayern as well as key figures and companions of the last ten years came together. Present were Minister of State for Digital Affairs Judith Gerlach, representatives of the various ministries, who made the ten years of the Games Promotion possible, the board of the local developer association Games Bavaria Munich e.V., representative of the LfA Förderbank Bayern and the WERK1 – but of course, and above all, the many game developers who have been able to persue their projects over the past decade, from the freshly-founded team to the established one.

Over the last ten years, the FFF Bayern has funded 74 concepts, 56 prototypes and 29 productions. Almost € 10 million, which come exclusively from the Bavarian State, is distributed among these 159 projects. Of course, there are different maximum limits: a concept development can be funded with € 20,000, a prototype development with up to € 80,000  (and complex projects with up to € 120,000) and a production receives up to € 500,000.

The latter, however, is a particularly noteworthy novelty: Until not so long ago – before 2018 to be exact – there was a very different limit: only € 200,000 was permitted at most. The corresponding non-word is called “de minimis” and determines exactly this sum as a maximum – per company within three calendar years. However, as this is a not so attractive upper limit for the ever-growing Bavarian gaming landscape, the funding program went into the notification procedure of the EU. In other words, the European Commission has approved a new “Guidelines for the Funding of Digital Games in Bavaria” including a culture test. Funding according to these guidelines are not limited by the de minimis rule – a major milestone.

For this last submission round, the Bavarian State Ministry for Digital Affairs has come up with a very special birthday present, as the Minister for Digital Affairs Judith Gerlach announced at the ceremony: € 500,000 extra will be given in the anniversary year! “With a total of 3 million euros in game funding, we sent a clear signal that we care about the games industry,” she said.

But for the FFF Bayern to be able to allocate such sums at all, another step was necessary: ​​the increase in the annual funding budget. In 2009 the FFF Bayern started with € 240,000; a few smaller and larger jumps helped the budget to a current size of about € 2 million. This year alone, € 2.4 million have already been assigned to bavarian game companies – and one funding meeting is still pending.

Three times a year, you can submit your idea, concept or prototype to the FFF Bayern. A seven-member committee under the chairmanship of the FFF CEO Dorothee Erpenstein then decides on the projects.

By the way: the next deadline is October 15th – do not forget to apply in time!

The monthly (german) Newsletter for the Bavarian games industry.